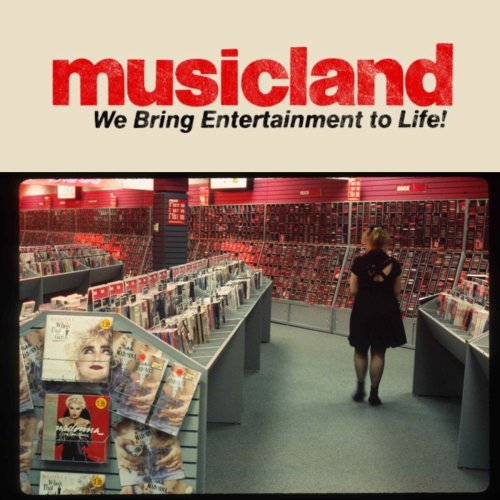 Why am I laying out these stats?

When I was young, an album was an investment. When I  bought a CD, I listened to the dickens out of it, because I’d worked hard for it, paid a lot of money for it, and was going to make damn sure that I truly didn’t like it before trying to salvage some of that investment by selling it or trading it in for store credit.

Now, I’m alive in an age of plenty. I can buy an album, and if I don’t dig it on first listen, cast it aside without thinking too much of it. I am happy to report that I now earn more than minimum wage, but even if I did only earn that much, I could probably swing ten bucks a month (slightly more or somewhat less than an hour’s work at minimum wage, depending on where you live) to listen to an endless amount of music on Spotify.

Buying an album used to be like going to that movie with the great trailer on Friday night with my friends after a hard week of work or school. Or maybe checking out a one-night-only theatrical showing of a movie I’d heard all about but never seen.  It was special.

Now it’s like watching something random on Netflix when I can’t decide what I’m in the mood for.

The unfortunate side effect, for me, is the devaluation of the album as an art form. Because an album is not an investment anymore, I often don’t treat it like one. I often don’t listen to the dickens out of it.

The tragedy of this is that I didn’t much care for many of my favorite albums on first listen. Albums with immense power, that I’ve gone back to over and over again over decades. Who knows how many one-and-dones or castaways I might have grown to love if I’d just given them a chance? How much joy might they have brought to my life? I am undoubtedly cheating myself due this abundance. I have access to more albums than ever, but fall in love with them less frequently than ever.

How to rectify this? Write reviews! Force myself to give these albums a proper listen (my general rule is at least five times) and put my thoughts in writing.

I enjoy writing about music–I’ve even published a few pieces, which makes me a professional music critic by the loosest definition–so this method will be a fun way to give a real chance to a lot of albums that likely deserve it.

And, boy, do I have a lot to write about:

And that’s before I listen to a single album not already on my (digital or physical) shelf.

* Thank you, Lord, for BMG Music Service and Columbia House.

** People say vinyl is expensive. It actually costs about the same as it did in 1988. It’s just that other formats cost a lot less.