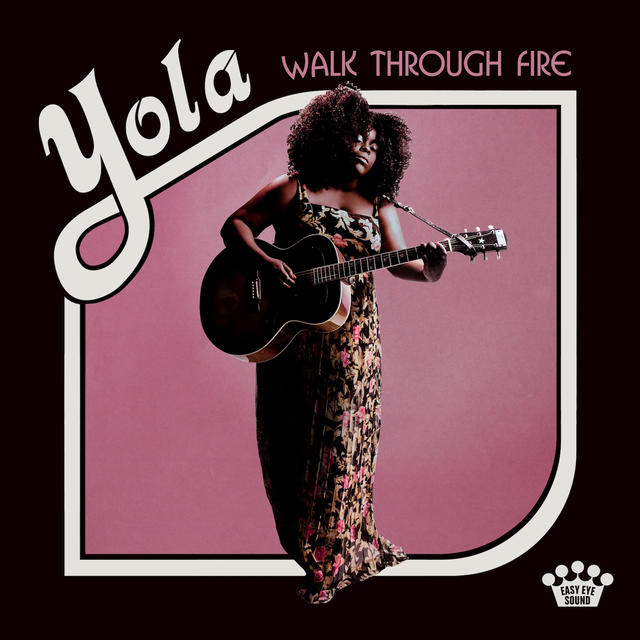 Yola’s debut album, Walk Through Fire, opens with “Faraway Look,” a seemingly simple song about someone looking for more in life. But we don’t get the full story. My interpretation is that our narrator has a secret romantic longing for a friend who works at a grocery store, and knows she will never get him because he’s on the verge of leaving his dead-end job and starting a new life somewhere else. But it could just as easily be about a lover who fears her man’s eye is beginning to wander.

It’s Yola’s skill with these subtle moments that provide much of the power behind her strong debut, Walk Through Fire. Yola sketches vignettes about life and love that feel simultaneously personal and universal. Who can’t understand the need to just get away for awhile after a breakup, like the subject of “Ride Out in the Country”?

Yola is often compared to fellow Brit Dusty Springfield and fits comfortably alongside Dusty and other female British soul singers like Lulu and Duffy. However, Yola brings in an additional country music element, either inspired by or cultivated by producer and writing partner Dan Auerbach of the Black Keys. A mix tape could flow from a song on Sweetheart of the Rodeo or Grievous Angel into a track from Walk Through Fire just as easily as it could from a track on Dusty in Memphis. While Yola is not American, there is much for fans of Americana to embrace here.

Yola’s mastery of her vocal instrument is a wonder. Yolanda Quartey can belt ’em out, no question, but she holds that weapon in reserve for moments that truly deserve it–witness the soaring “Lonely the Night” (which probably should have been the album’s closer). She’s never doing it just to show off.

Walk Through Fire is an excellent album without a single dud (oddly, the title track comes closest). And as assured as this debut is, one senses that this is only the beginning for Yola.